Breaking
SDM Court decides in favour of the Student in the SBR College case. ||   CM Bhupesh Baghel pays tribute to Shaheed Mahendra Karma on his birth... ||   Stay positive and support each other during this time of COVID-crisis: CG... ||   RT-PCR negative report mandatory for air passengers coming to CG from other... ||   Protection and conservation of cows is part of the campaign to transform... ||   Chhattisgarh High Court mediation center releases its first news letter to... ||   Number of people receiving first dose of Covid vaccine crosses one crore in... ||   Gol Bazar traders appreciates decision to provide free ownership, felicitates... ||   Covid cases rising again in Durg and Raipur after decline ||   Covid situation stabilizing and gradually improving in state, infection rate... ||

On Farmer's issues, BJP holds a demonstration in the Capital.

Raipur. Raipur: BJP held a demonstration today in Raipur on the issue of paddy purchase and farmers. Hundreds of people, including former Chief Minister Dr Raman Singh, co-in-charge Nitin Naveen, Brijmohan Agarwal Rajesh Munat and raipur district’s Kisan morcha Vice President Gourishankar Shrivaas got detained during the protests. The police have kept everyone in an open jail at the nearby school ground. 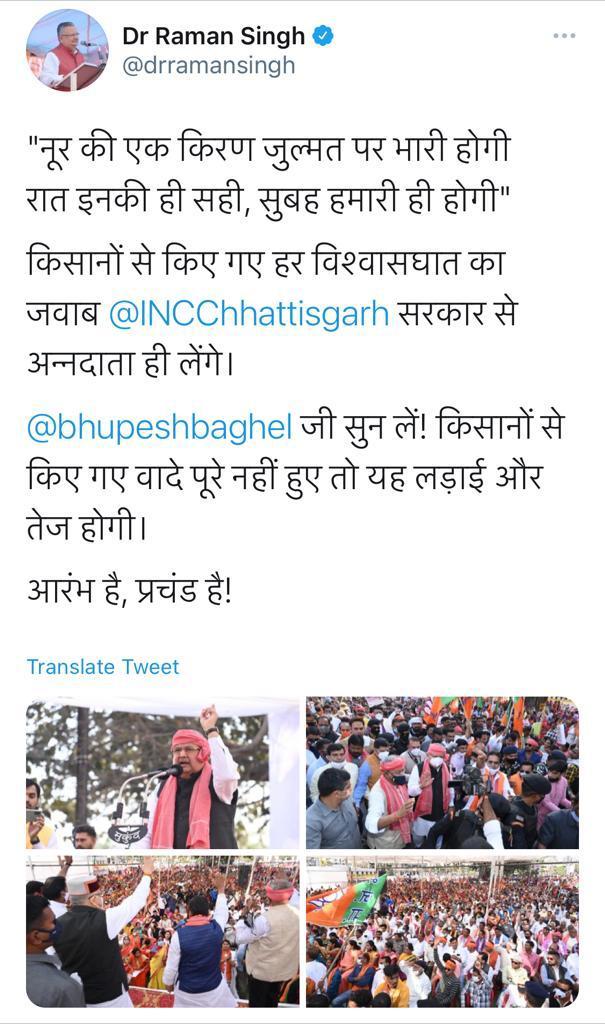 The BJP had organized the demonstration around the electorate on Friday, to protest against government indifference to farmer's problems. A simultaneous demonstration happened in all the districts of the state. BJP state in-charge D Purandeshwari was supposed to be involved in the protests, but she postponed her journey to Chhattisgarh. After this, the BJP went ahead without the state in-charge.

SDM Court decides in favour of the Student in the SBR College case.

Stay positive and support each other during this time of COVID-crisis: CG...