Breaking
Chief Minister virtually launches the flight service from Bilasa Devi Kevant... ||   Most awaited air service from Bilaspur gets operational today at... ||   State Budget is Visionless and disappointing:Vishnu Deo Sai ||   Chhattisgarh CM Bhupesh Baghel presents state budget for the year 2021-22 of... ||   Chhattisgarh: Cong has come to power by misleading farmers and spreading... ||   Air travel from Bilaspur to Delhi commences on March 1. ||   MLA Shailesh Pandey raises question on unfinished sewerage project in... ||   High Court issues a notice to the PSC in the case of missing pages. ||   Four arrested, including an employment assistant for threatening a female... ||   Chhattisgarh reinstates IAS officer suspended in an alleged rape case ||

Surguja Woman creates history by signing an MoU with a Hyderabad-based Company.

Ambikapur. It used to be that industrialists, politicians signed MoUs at the foreign or national meetings; but a Surguja woman has created history by signing an MoU with the Hyderabad-based Indo Green Crop Science Pvt Ltd.

"A poor woman in a village who does not own land has signed an MoU with a well-known company, there cannot be a bigger moment for me."  declared CM Bhupesh Baghel while addressing the people of Surguja at PG College ground on Monday. The Chief Minister, who was on the Surguja tour, handed over construction works worth more than 574 crores to the district. Pleased with the success of women's groups, CM Baghel said that "Until now no labourer has ever signed an MoU with a prominent company. However, the women of Surguja made vermicompost out of cow dung and packaged it rightly. The sale of this product in other states will benefit Surguja." The CM lashed out at the opposition, saying that people used to mock the Godhan scheme, but it has given employment to people. 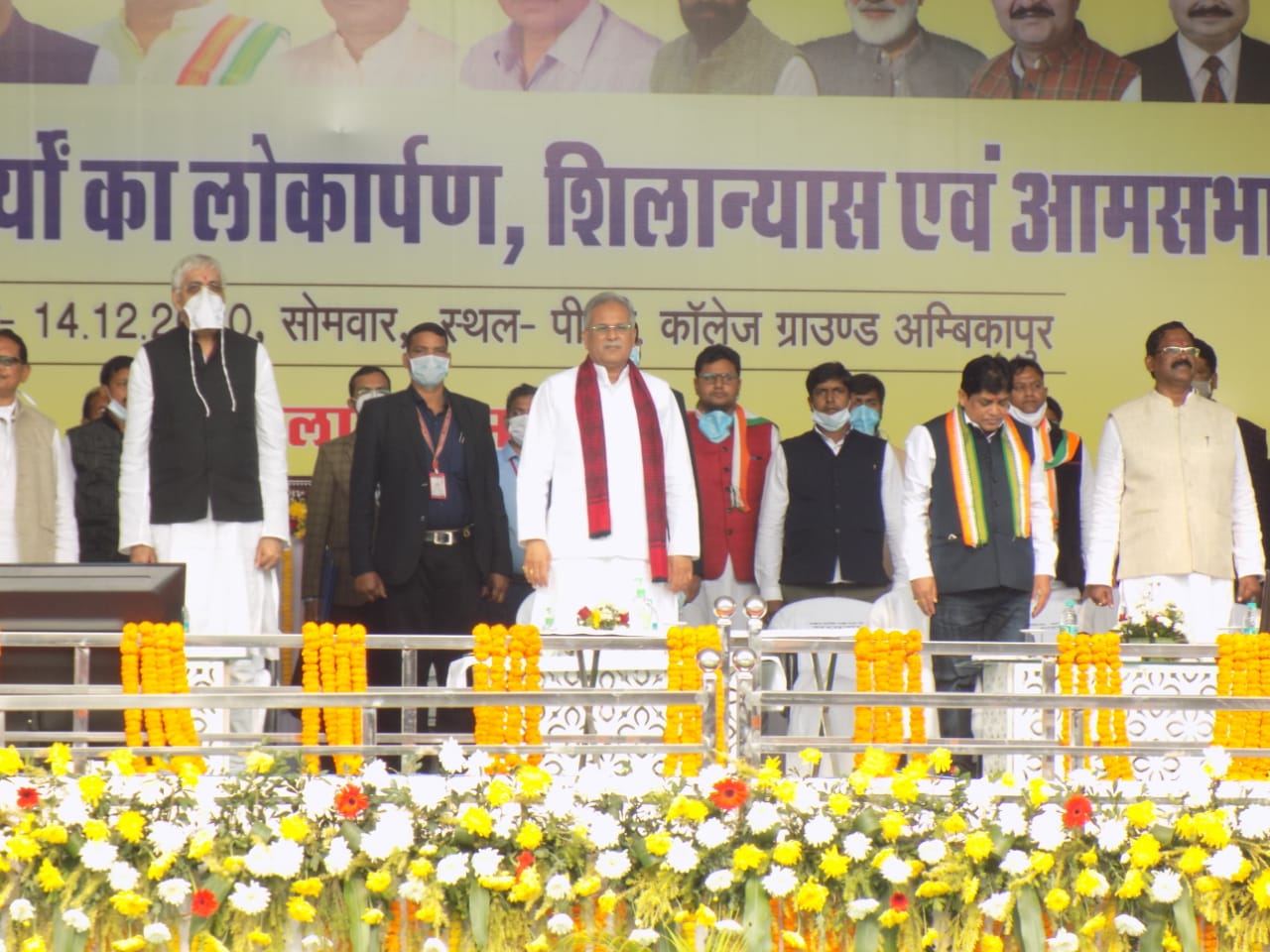 He added that it is not only Godhan but also the loan waivers, buying paddy for Rs 2500 per quintal, that has turned the wheel of development and improved the economy of Chhattisgarh. There is no effect of recession here. Public representatives including state health minister TS Singhdeo, district in-charge minister Dr Shivkumar Dahria, food minister Amarjeet Bhagat, higher education and sports minister Umesh Patel were also present.

Chief Minister Bhupesh Baghel said that the government of Chhattisgarh is fighting for your interest and rights. "We have helped farmers, labourers and tribals by purchasing schemes like paddy, bonus and reducing electricity bills and putting money directly in the pockets of the recipients, and as a result of this, the business of the state has increased." He said that in September, our GST was at the second place in the country with 24 per cent, but with 26 per cent tax collection in October, Chhattisgarh has become the highest tax-collecting state in the country.

Most awaited air service from Bilaspur gets operational today at...