Raigarh. To improve the morale of the policemen doing good work in the district, on DGP DM Awasthi's instructions, 'Cop of the Month' is declared every month. The photo of the winning officer, along with cash reward, is put up in every police station/outpost and all offices for a month. For November, Superintendent of Police Santosh Singh awarded the title to Dog handler Virendra Anant and police dog Ruby. 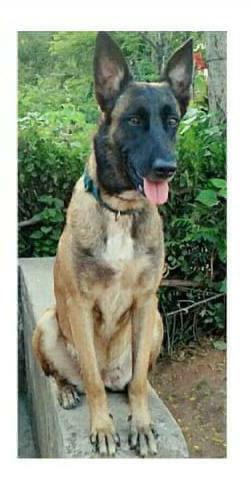 The award is well-deserved, and the tale behind it is fantastical and Gothic. Some time back two precious silver trays (worth Six-lakh-seventeen-thousand) stolen from Rajmahal Giri Vilas Palace in Sarangarh area were recovered within twenty-four hours by Sarangarh police with the aid of Police Dog Ruby and Dog Handler constable Virendra Anant. On reaching the spot, Ruby went straight to the residence of the accused. Dog Handler, constable Virendra Anant, Chhasbal Amaleshwar and Police Dog Ruby are helping to solve difficult cases. And for the first time in the state, a police dog will be awarded such a prize. Four-year-old Ruby is of Belgian Shepherd breed and has been working in the district for two and a half years. In the past, Ruby has been instrumental in solving many homicide and theft cases. Including a double murder under Chakradharanagar police station.

Four arrested, including an employment assistant for threatening a female...