Breaking
SDM Court decides in favour of the Student in the SBR College case. ||   CM Bhupesh Baghel pays tribute to Shaheed Mahendra Karma on his birth... ||   Stay positive and support each other during this time of COVID-crisis: CG... ||   RT-PCR negative report mandatory for air passengers coming to CG from other... ||   Protection and conservation of cows is part of the campaign to transform... ||   Chhattisgarh High Court mediation center releases its first news letter to... ||   Number of people receiving first dose of Covid vaccine crosses one crore in... ||   Gol Bazar traders appreciates decision to provide free ownership, felicitates... ||   Covid cases rising again in Durg and Raipur after decline ||   Covid situation stabilizing and gradually improving in state, infection rate... || 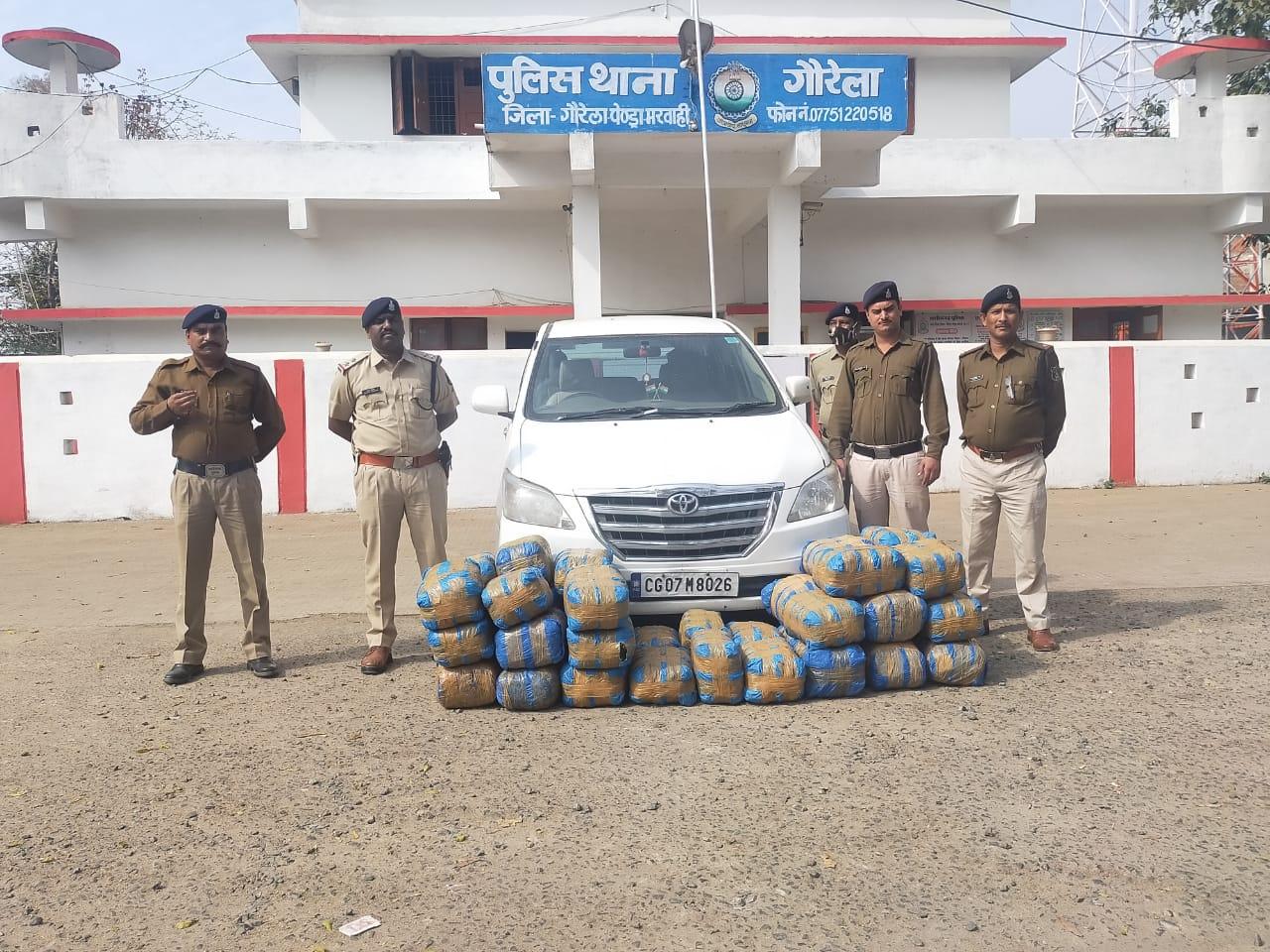 The Additional Superintendent of Police Gaurella was moving towards Jogisar and checking the vehicles coming from that direction. A speeding car did not stop for the check, and the police chased after it. Near Khodri forest, the people driving the car left it and ran towards the forest. As it was already dark, the police were unable to find them. On searching the vehicle, police found two-hundred kilograms of cannabis. The police have seized the drugs, and the car; and the investigation is underway. The police are trying to learn the identity of the Innova driver through vehicle number and engine chassis number.

SDM Court decides in favour of the Student in the SBR College case.

Stay positive and support each other during this time of COVID-crisis: CG...