Ahemdabad. The present times are proving difficult for the Congress party. After veteran leaders like Ahmed Patel, Motilal Vora, former Union Minister and Chief Minister of Gujarat, and a senior leader of Congress, Madhav Singh Solanki passed away. After his passing, senior Congress leaders from various states are in Ahmedabad for the final tribute. 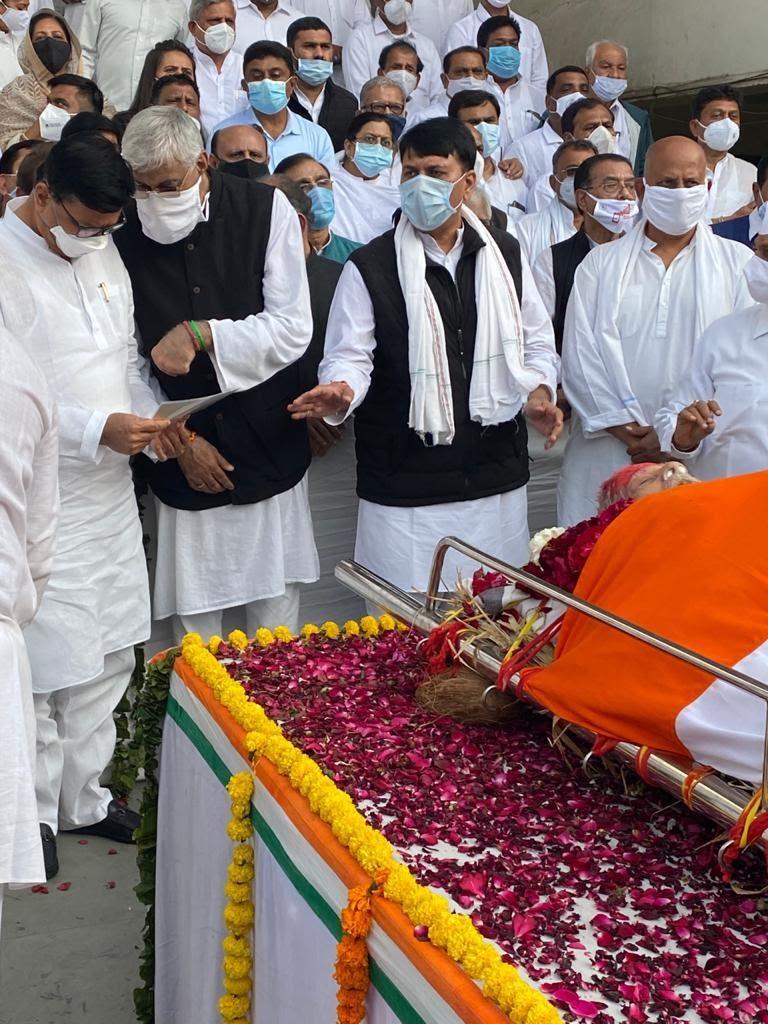 Health and Panchayat Minister of Chhattisgarh, TS Singhdeo, paid tribute to the departed soul at Congress Bhawan, Ahmedabad. He also presented the consolation letter sent by the Congress President, Sonia Gandhi, and Pushp Chakra offered by Rahul Gandhi to Bharat Singh Solanki, son of Madhav Singh Solanki. TS Singhdeo also said that Madhav Singh Solanki was a dedicated civil servant who devoted his entire life to the public welfare and his death is an irreparable loss to the country and the world.

Mining in Hasdeo Aranya will adversely impact biodiversity of North...

'Hamar Aspatal' a boon to the healthcare services in the city.

CM Baghel is to be honoured with 'Mahatma Phule Samta Puraskar' in Pune...