Mohan Jute Mill lying idle for Ten Years might get a new lease of life.

Raigarh. The district administration has stepped up its efforts to resolve the lockout in Mohan Jute Mill, which was established in the city about ninety years ago. The state is trying to solve the twin problems of unemployment and the gunny bag crisis in the state's Paddy Procurement project. District Magistrate Bhim Singh has called the mill owner and the labour union for a tripartite dialogue, citing the record of the reason for the lockout between the mill owner and the trade union.

It is noteworthy that the Raigarh Jute mill, established in the city in the year 1930 via Bengal, was acquired by the Mohan Jute mill Association in the year 1989. This mill can employ about two and a half thousand employees. Initially, a large number of workers from Bihar and Bengal came to Raigarh and then settled here. The culture of Bihar became permanently embedded in the area around the mill. According to the workers, the mines of Mohan Jute Mill registered with the Union Textile Ministry had become the identity of Raigarh in India and abroad. Ten years ago, on June 10, after a dispute between the workers and the mill owner, the owner Pawan Agarwal locked the mill. After this, thousands of unemployed mill workers submitted an application memorandum from the then collector to the MLA and the minister for restarting the mill. Different petitions were also filed in the High Court in this context. Hundreds of mill workers had also filed a petition in the Labour Court demanding the pending salary and pension, the hearing of which is still underway. 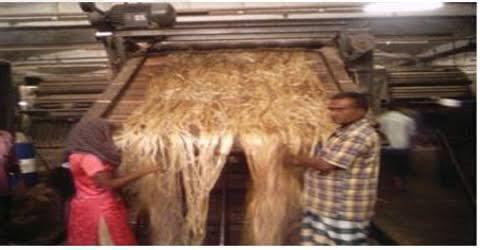 Four years ago in 2016, the Jute Mill was again in the limelight when reports about its auction because of the outstanding commercial tax started doing rounds. The Commercial Tax Department issued a notice and fixed the period for paying tax of about Rs. 1.5 crores. The management deposited some amount in instalments afterwards. Apart from this, the Electricity Board, Municipal Corporation has also issued notice to the Jute mill Manager for electricity bill and revenue several times.

After the Jute Mill was closed in 2010, thousands of workers became unemployed. Machines worth millions also got ruined because of disuse. The mill occupies over forty acres of land which is lies abandoned. Mohan Jute Mill can produce fifty metric tons of gunny bags daily.

Mohan Jute Mill has been closed for ten years. If it gets revived the yearly gunny crisis on the government's paddy purchase can end.

Air travel from Bilaspur to Delhi commences on March 1.

High Court issues a notice to the PSC in the case of missing pages.